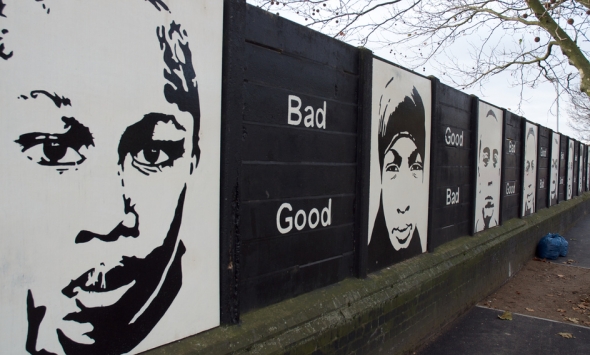 Are you sure you’re not biased ?

Before you read on : check your profile picture on LinkedIn. How do you look like ? Smiling broadly or wearing a serious expression ?  A smiling face is perceived as happier, more attractive, friendlier and nicer to work with than a serous one.  We make this decision subconsciously and it is a good example of the biases that we carry with us in our daily life.  These biases are in part culturally determined.  We associate a smile with positive traits but surprisingly other cultures consider smiling people as more corrupt and less intelligent than their stern counterparts.

It is hard to eradicate unconscious bias, even if you consciously try your best to do so.  Just ask the Boston symphonic orchestra.  In 1952 - clearly ahead of the gender equality curve - they decided that their orchestra had too many male musicians.  The orchestra decided to organise ‘blind’ auditions : everyone played behind a curtain.  The result ? It were still mainly the male candidates who made it through the selection ! So, they went a step further : candidates had to take off their shoes before taking place behind the curtain.  This measure ensured that you didn’t have visual nor auditive indications regarding the gender of the musician.  Only as of that moment onwards, as many women as men were retained.

This goes to show that unconscious bias does have an influence on our behaviour. If you think that women are less ambitious than men, you will hesitate before suggesting they get promoted. Managers who are convinced that immigrants are less driven will take less time to motivate them. Before you know it, one thing reinforces the other and you end up validating your own bias.

Should you squirm in your seat with guilt ? Of course not ! We all have unconscious bias. Women often have negative expectations of other women and ethnic minorities often think in stereotypes about other populations.  Honestly : when lost in a foreign city, who do you ask the way to ?

Finding similarities does bring a sense of safety.  Yet, it pays to be aware of the pitfalls.  We’ve all been at the receiving end of the negative sides, haven’t we ? Even as a male, white, educated specimen (read : super privileged) I hit a bias-wall when I last interviewed for a job. I was old enough to be the recruiters’ dad and I could tell by the questions they asked that they saw me as such.  No, I didn’t get the job… On that note : look at job descriptions.  If you are looking for a manager and you use words such as ‘challenging’, ‘active’, ‘competitive’, ‘decisive’ you will mainly attract male candidates. If you would like to see a fair amount of female candidates, add words such as ‘loyal’, ‘supportive’, ‘trusting’ and ‘dedicated’.

This is well researched and documented and it shows how companies need to think about their selection criteria and their evaluation requirements. Each diversity strategy needs to take recruitment into consideration as well the importance of role models.  Beyond that, minorities shouldn’t have to feel as minorities and they should be supported if that is the case.

Team leaders are key players in this game.  As a company, it is easy to toot your D&I horn but it’s the team leaders who bring that music to life.  They determine the vibe in a team and they are the first to intervene if necessary.  They, more than anyone, should be aware of unconscious bias.

As usual, the first step is up to you. What are your own unconscious biases and what can you do about them so that your collaboration with others doesn’t suffer ? In the end, bias is a combination of many factors.   Humility in the face of your own shortcomings is a great way to start.